Another BYOV has come and gone. While we didn’t have a huge crowd, we did manage to have one of the most diverse programs that I can recall.


The group met on March 25th at Barbès. The task for the presenters was to come up with an example that adhered to these fun themes:

a) "I like this one better than the original..." We want to hear your favorite adaptation of a tune from one genre to another.

b) Who is the Pete Rose of jazz? Trying to think of a musician that bet on a band member flubbing the changes? Stop. We want your favorite musical "switch hitters". Guys/gals that handled multiple instruments, straddled genres, etc. Doesn't have to be jazz.

c) We've all heard music that we've liked but left us scratching our heads. We want to hear your favorite "unclassifiables".

As I mentioned, the group wasn’t as large as the music was eclectic. I hope that the upcoming BYOVs will see more new and/or familiar faces amongst the crowd.

The one advantage of getting out kind of early was that I didn’t miss a second of KU giving it to the Tarheels.

On to the music: 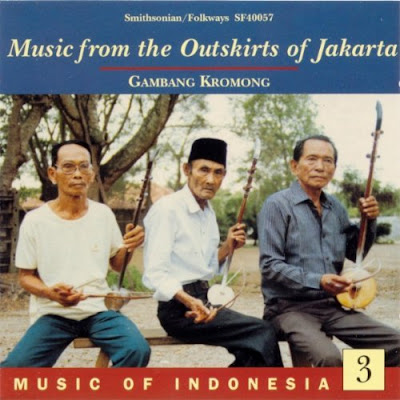 Richard prefaced by saying that he thought this recording “totally uncategorizable.”

Richard: “I don’t know how much of this you’ll be able to listen to. Maybe we could do something like Queen for a Day. Keep clapping until you want it turned off….”

“This record has made my life worth living.”

Richard: “Among other things… I’m not ashamed.”

We were immediately sent into a strange aural world, a very bizarre sound mixture with a completely distinctive texture, one that I had never heard before.

“Are all the musicians from the same country?” Yes.

Me: “Is it one of those Indian psychedelic compilations?” No.

We started to go through the sounds we could identify. Definitely gamelan percussion and Hawaiian guitar. There was also a unique vocal style unfamiliar to all the listeners.

“Is that a native flute?” Most likely.

There were other guesses to where the music originated: Africa? Polynesia?

We weren’t going to get it.

Robert: “This was a good piece for the theme.”

Turned out the recording was by an Indonesian group called I Gambang Kromong Slendang Betaw & Mama Ong from 1990. The group mixed elements of gamelan with jazz to form a very distinct style, written in gamelan form, which included a very long melody. The Western instruments just blow on top of the gamelan structure, which wouldn’t naturally allow for much improvisation.

In the music, the listener could hear elements of African pentatonic forms along with more particularly Asian sounds.

Diego: “It reminds me of melodies from the Canary Islands.” (Where Europe met Africa).

Steve: “How did you get turned on to this?”

Critics: the lucky few who don’t have to venture beyond their mailbox to discover new and amazing things. 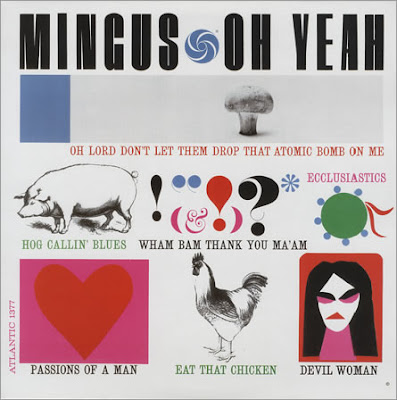 Robert: “This tune has a few switch hitters. Maybe up to three…”

Didn’t take but a second for Steve to guess Mingus on piano. The other immediate switch hitter was Roland Kirk (who could play all the woodwinds - simultaneously).

Robert: “What about Dannie Richmond? I thought he was a saxophonist before he was a drummer.”

He definitely was. He picked up the drums in 1955 and was in Mingus’s group six months later. Richmond stayed with Mingus until Mingus died.

“Was Kirk on the manzello or stritch?” The manzello was Kirk’s name for his modified King Saxello (curved Bb soprano sax) while stritch was his modified Buescher straight alto. I thought it sounded like an alto, by deduction – the stritch.

Richard saw Mingus while growing up in Portland, Oregon. Apparently, George Adams had heard about the death of his mother and played a heart wrenching solo for nearly a half hour.

Richard: “It was the most passionate playing that I’ve ever heard.”

There were questions to where Jack Walrath was now. He has a website and gigs infrequently. 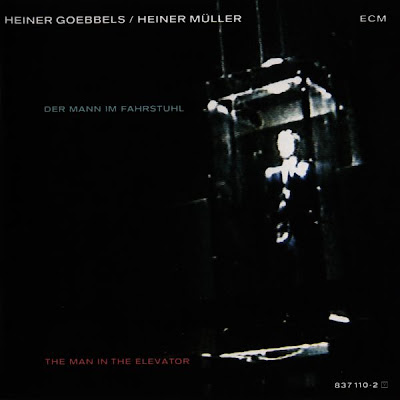 I only prefaced the tune by saying that it was really weird.

Steve: “That drum Machine should have tipped you off…”

The song featured a strange blend of electronic and rock, saxophone and German sprechtstimme. Shouldn’t forget the mellow English language vocal from a voice that should be recognizable to the “Downtown” music fan.

“Whose project is it? The vocalist?” No. It is the saxophonist’s.

“Is it an adaptation of a poet?” No. But definitely bound by a literary element.

Me: “Richard, I’m surprised you haven’t guessed the vocalist.”

“The music is very Kip (Hanrahan) like.  Definitely on a romantic streak.”

I thought that Arto might have been the key to recognition.

Robert: “This is great and just gives more proof that there is no ‘ECM sound.’ Manfred (Eicher) just puts out things that he feels are interesting or important.” 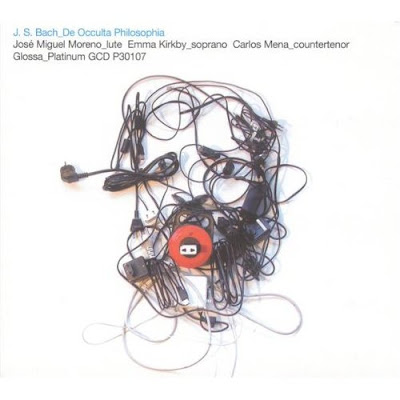 Diego presented us with an unusual arrangement of this Bach Chaconne where classical lutist Moreno arranged this well-known piece for vocalists, soprano Emma Kirksby and counter tenor Carlos Mena.

As a Bach expert, Diego explained that the adaptations of Bach’s compositions originally written harpsichord have been prevalent for generations. He has been playing Bach on the guitar for many years.

Moreno has been an adherent for performing classical and medieval music with the instruments that were available at the time of their composition. He didn’t have a problem rearranging the music for odd instrumental or voice combinations, however.

Here Moreno played the basso continuo on his lute while having arranged the most important lines for the soprano and tenor voices. This piece made use of 6 point harmony, with the lute handling the more chordal elements.

Bach’s music was typically very active. Harpsichords had no sustain, so the music would have to just keep on going.

Apparently, this recording was made at a tempo very slow for Bach. Diego thought that it might be because Moreno wasn’t adept enough to play the scales as fast as they needed to go. Moreno has been regarded as a great teacher and conceptualist of older music but not the best performer.

Diego really enjoyed the voicing on this piece even if the articulation wasn’t correct. 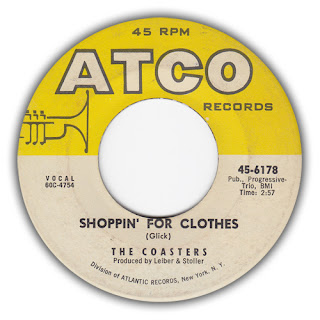 Steve: “And now for something completely different…”

Steve mentioned that this tune was performed by a very popular pop music group. He found it amazing that they could release a song like this as a single. The song didn’t have any discernable melody and no hook. It was essentially a spoken story over rhythm track.

The music was R&B based and reminded me of what would come later from the Last Poets, most closely resembling Lightnin’ Rod’s Hustler’s Convention.

Steve kept trying to give hints to us through our laughter. The saxophonist on the cut had grown up with Ornette Coleman. The release came out in 1960.

Richard: “Zappa must have heard this record.”

Steve finally told us that it was the Coasters. The group that had huge hits - like “Charlie Brown” and “Yakety Yak.” This was still a Lieber and Stoller production like most of their hits, just completely different.

Steve: “It was unimaginable that they could release this as a single.” 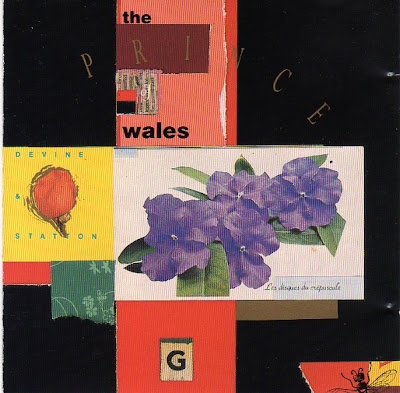 I decided to play a cover song.

Robert thought that choosing a cover song was tough especially for jazz as most of the jazz repertoire originated as covers of tunes popular at the time. He thought it would be silly to bring in another Coleman Hawkins recording of a standard.

We all agreed, of course.

But, I hadn’t brought a jazz standard.

I put on a very stripped down acoustic version of this pop tune with a female vocalist.

Richard: “Is it Belle and Sebastian?” No.

Steve could remember another group that had covered the song and had a hit but it wasn’t this one. That happened to be the Australian group Frente!.

The group presented here was Devine and Statton which was made up of former Manchester post-punk band (Ludus) member Ian Devine and the Welsh vocalist and former member of the Young Marble Giants and The Weekend Alison Statton.

This version wasn’t a groundbreaking revision but it was a very nice piece to listen to.

Steve: “Do you have the original version? We should see how radically they’ve changed the song.”

I didn’t. It will have to be a future experiment. 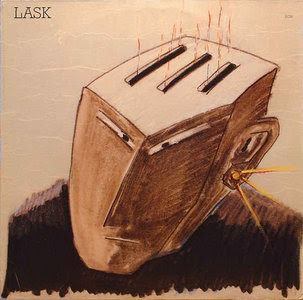 So I decided to play another strange selection.

“Ornette Coleman?” A resounding no.

“An American or European?” European.

Steve: “One alto doubling?” I guess. There was only one horn player on the date.

“John Tchicai? Evan Parker?” No and no.

No one guessed German saxophonist Ulrich P. Lask. This was one of two recordings that he did for ECM that featured his compositions for saxophone and synthesizers alongside percussionist Meinof Bauschulte and vocalist Maggie Nicols.

I thought this record was really wild when I first heard it. Very much indebted to new wave and early dance along with minimalist composition.

Robert: “I think this is more successful than the other ECM piece you played.”

Definitely more danceable, if nothing else.

(I have hopes to speak to Lask about this and his other release at some point.) 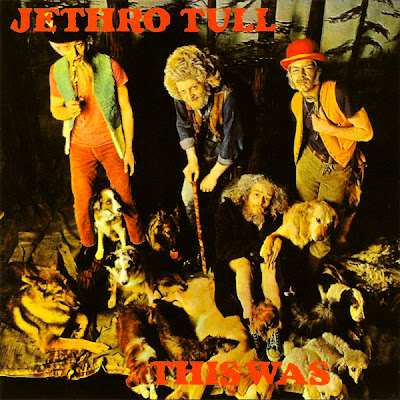 “Yeah!” There were some fans in the audience.

Robert: “I was going to bring the original.” (Rahsaan as a switch hitter).

So this was Jethro Tull’s infamous cover of Rahsaan Roland Kirk’s “Serenade to a Cuckoo.”

Steve played it with fond memories but I just had to dig into the seedier side.

Apparently, Kirk was not very enthusiastic about the cover version. It was played in homage to flutist Ian Anderson’s multi talented hero. Kirk was very upset at the success these British musicians had with his tune, playing sold out stadiums, etc. while he continued to struggle.

Robert: “It was a total theft of his style.”

Steve stood by Tull. It was a tribute after all. Their covering the tune did lead Rahsaan to some opportunities that he probably wouldn’t have had otherwise, including gigs at the legendary Fillmore theaters. 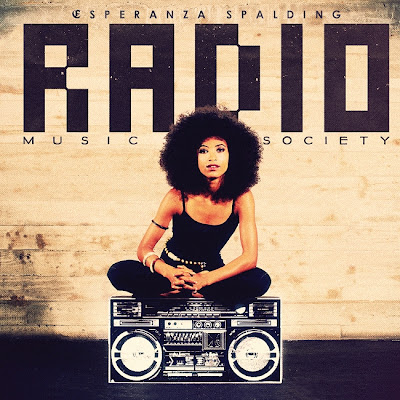 Matt decided to play us something more current and that he had been feeling.

“It is by a very famous jazz composer.”

No one had a guess.

It was Wayne Shorter’s “Endangered Species” from his Atlantis record (CBS 26669, 1985). Apparently Spalding rearranged the song and added her own lyrics. 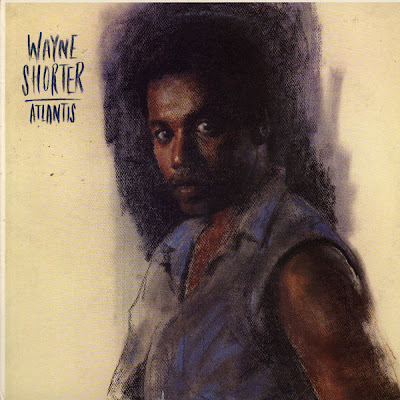 Matt mentioned that he liked the progression that Spalding has made, as he liked this record very much.

We listened to the original version performed by Shorter to see what differences there were.

I’m not sure the majority saw a sea change from the original to Spalding’s new vocal version. (Decide for yourself).

We did discuss the recent interest in revisiting the music of the 1980s jazz and R&B scene in the current jazz market. I think the overall consensus was that the music really hasn’t been hitting the mark.

Not to belittle the musicians or even their influences, but I personally find it difficult to identify with their choices when I feel that many artists – including Shorter and the often covered Stevie Wonder – weren’t making their best music during the early 1980s. Be that as it may, music has always been cyclic and maybe we’ve just gotten stuck in that 30-year rut.