Our last session of BYOV on January 15 had some issues. First off: it was frickin’ freezing. Second: there was a Giants versus Packers game scheduled for 4pm. (Side note: Big Blue!) 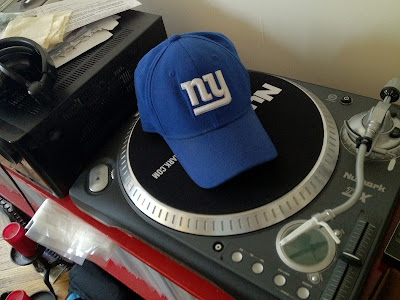 I expected the turnout to be a bit light. Three o’clock rolled around and there were three of us. So we waited… Three fifteen rolled around, two more. Finally, 3:30… A slew of saxophonists and guitarists showed up.

In the end, we had one of the largest BYOV groups yet. Unfortunately, most decided to be observers rather than presenters. Hope to see many of the same crowd next time (with some music).

Anyway… Here were the themes:

a) Let me reintroduce myself… Critically panned or disliked album that warrants a re-appraisal. Got a record that got s#@% on by the press but you thought was hot? Let’s put it to the test.
b) What’s he doing here!?! We’d like to hear the most surprising of special guests. You heard that Kanye with Bela Fleck jam yet? Fire!
c) Blind ambition. Bring in the most ambitious piece of music you can find. Doesn’t have to be pretty. “Bohemian Rhapsody” wins, so pick another.

With a ton of guitarists and a theme asking for ambitious music, you can guess what happened next.

So, off to the races… 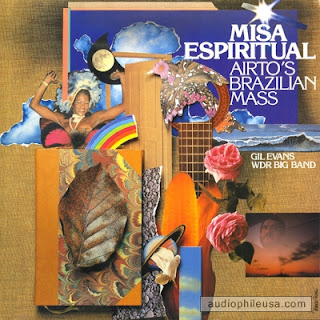 The listeners were met by a dense, winding piano intro with a Ligeti-esque dissonant choir stirring unease. The group was silent while taking in the swirling cacophony.
Futterman: “This is a Groove Holmes record, right?” Snicker.

“Is it the pianist’s recording?” No.

“Man… How long is this track?”

“Is it composed or improvised?” Mostly composed, I think.

There was a fair share of laughter as the piano and choir died down and psychedelic water droplets led to a full orchestra featuring strings, low brass and glockenspiel.

Me: “This one isn’t obvious…” Sarcastic laughter.

“Will we know the musician’s name?” Yep. You’ll be surprised.

“A jazz musician?” Yes and no.

After a short section of medieval chanting, a full tilt funky jazz orchestra took flight. There were a number of raised eyebrows.

Me: “The vocal should give it away.”

“Is it an Italian? Frith? Zorn?” It did sound a bit like Morricone’s more extreme compositions but they should have been thinking more southerly.

Monder finally guessed Airto Moreira and Merewitz guessed that it was Gil Evans with the big band arrangement (he was technically the musical director).

This record was recorded in Cologne with the WDR Big Band in 1983. One of the wildest records that I’ve purchased. It goes through phases of modern classical, Brazilian fusion, funky jazz and straight up pop rock. This was Brazilian percussionist/composer Airto Moreira’s attempt to set the liturgy of a mass to a progressive jazz-fusion. The results were insane.

“Whoa! That’s it. I don’t know if there’s anything more ambitious than that…”

Me: “All I know is that only a Brazilian could have made a record like this.” 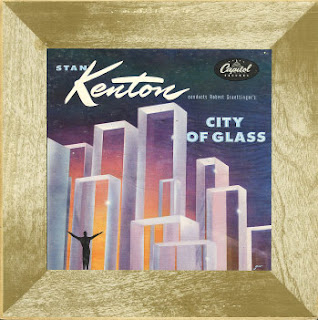 Thomas wanted to present a piece that he thought was very ambitious, especially for the billed artist. The recording was from the early 1950s and, once again, Thomas brought a rare original copy, this time on 10” vinyl record.

First we heard swarming dissonant strings soon joined by some strong horns, including a saxophone section (out of place in most classical fare). The many wildly moving lines intersected and ran apart making the composition extremely atonal.

“Is the artist European or American?” American.

Futterman: “Ah…This is the City of Glass recording.”

Then a swinging jazz section stormed in through the avant-garde musings. The piece was written by composer Bob Graettinger for the Stan Kenton Orchestra. Kenton would have been at the height of his popularity at this point and the fact that he took a chance to record such an advanced piece of music speaks volumes.

Thomas mentioned that he wasn’t a big fan of Kenton’s music but was interested in many of the West Coast musicians that happened to push the boundaries of jazz using elements of modern classical. There were a number of musicians that experimented in this direction, including Jimmy Giuffre, Charles Mingus, Gerry Mulligan, Dave Brubeck and Gil Evans. Thomas had tracked this record down based on a number of recommendations, including Ted Gioia’s in his book West Coast Jazz: Modern Jazz in California, 1945-1960.

“Were you happy when you heard the results? Disappointed?”

Thomas: “I was happy to get the idea of what the music was about.”

Turns out that the initial reaction to the music from the public was not great, though Kenton’s intensions were good. He had wanted to expand his repertory. As mentioned before, Kenton was extremely popular and the release of the record made the bandleader really hit a snag. Saxophonist Lee Konitz was quoted as having said that the recording “bankrupted” Kenton. His fan base lost their perception of what he was and what he did, ultimately doing him in. 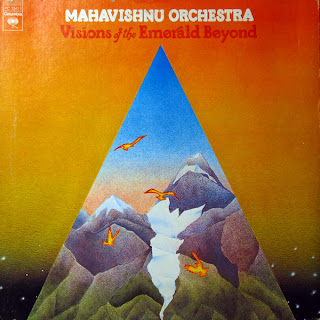 Monder: “You’ll know it right away. I just wanted to hear it played loud because I can’t at home.”

Stephen Buono was able to guess the recording from the introductory organ drone: “Is this Vision of the Emerald Beyond?”

Oh, the flash! Oh, the shredding of violinist Jean-Luc Ponty and guitarist John McLaughlin. There was plenty of head nodding along to the drums of Narada Michael Walden.

Stephen: “We’re not listening to the whole thing…?”

We listened to the entire A-side. Most were enjoying, but not all.

Futterman broke in above the fray: “Intolerable…”

Ben Wendel thought that it was an interesting portrait of the time, one of musical and chemical excess. It was noted that McLaughlin was not doing any drugs during this time period. The counter culture certainly had been a target for the music, though.

Buono: “The excess is great.”

Many enjoyed the sound of the record: “Tapey (analog recording) and loud.” 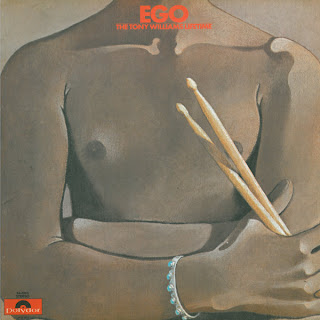 Matt’s preamble: “It doesn’t have to fit a theme. I just wanted to play it.”

We were met by lopping guitar and rich B3 organ.

I yelled Lifetime because of organist Larry Young’s instantly recognizable tone. It wasn’t exactly the Lifetime group, as drummer Tony Williams had switched guitarists: one Ted Dunbar for a John McLaughlin.

Futterman: “The record was panned and rightfully so. The album has a very appropriate title.”

Steve didn’t seem to enjoy the jazz-rock/fusion mix that had won the day. The music was audacious and usually overdone, everyone was trying to be a rock star. Tony Williams was singing on the track for God’s sake.

Most present had an affinity for such things, however. The particular crowd being a generation that grew up on rock and jazz. 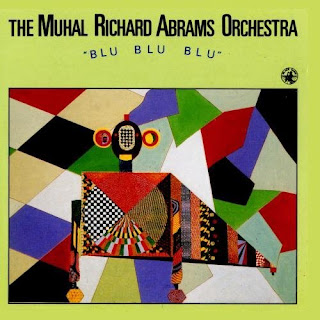 As a straight blues riff began to emanate from the speakers, Matt mentioned that the guitarist featured on this track was not of the same generation as the rest of the musicians.

We had gotten through a fair share of the tune without anyone taking a stab at the performers.

Matt had a very satisfied look on his face, of course.

Matt: “The leader is a NEA jazz master.”

No one was able to guess. It was pianist/composer/AACM stalwart Muhal Richard Abrams’s and the Muhal Richard Abrams Orchestra. The solo spot was given to young guitarist Dave Fiuczynski of Screaming Headless Torso fame. A very provocative choice of axe man.

The tune itself was a straight-ahead blues composition dedicated to the blues master guitarist/vocalist Muddy Waters. The music seemed far from what many would consider the typical Muhal Richard Abrams repertoire. 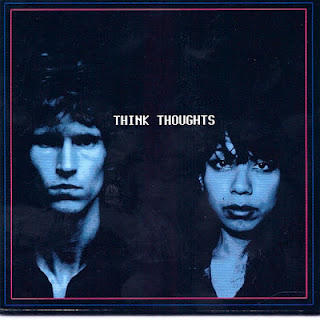 Ben mentioned that this was a recent recording and he had been surprised by the appearance of this particular guest artist.

The groove heavy neo-soul was reminiscent of Brand New Heavies or Les Nubians.

“What decade is this from?” This decade.

We all listened for who might be the guest. Then a wild saxophone solo erupted through the groove.

Here Binney played along with his Los Angeles based friends, drummer Louis Cole and vocalist Genevieve Artadi. This particular project blended elements of jazz, electronics, funk and soul. The recording also employed a heavy hitting list of jazz luminaries to fill out the ensemble.

The session was then cut short.

I hope that we continue to have such a diverse group of presenters and selections at upcoming meetings.